“I remember running into Richard Gere a period later and he said that I had told him back than that we were in for kind of an Neo Edwardianism in men’s fashion. After the 1960s and 1970s we were in for kind of a cool Classicism to come back and this is how I want to dress this character. Richard said he didn’t believe me, but that I was absolutely right.  I know the kind of lineage of Gigolo. Not only was it very ‘Warholian’ ––ironically we are in the Chelsea Hotel–– Andy Warhol hat a lot to do with it. Interview magazine championed it. Andy loved it and once Andy started talking about it, it became kind of a Studio 54 film. That whole crowd. And it was in the magazine that set the trend in motion.” GD: Mister Moroder, what was your car in 1980?
GM: I drove a Mercedes SL.
GD: Convertible?
GM: Sure.
CR: The one from American Gigolo?
GM: A Mercedes SL 650, to be precise. I always drove Mercedes, it
is a good car. You can drive it open. And I only needed two
seats.
GD: Air-conditioning?
GM: I did not need it.
GD: Which color?
GM: Black, like in American Gigolo.
GD: Do you remember what kind of suits you wore?
GM: I know they were too gay. Too European for the Americans.
For them it is always a problem if somebody is dressed too
elegant, too much color. That’s automatically gay.
CR: Gay as in glamour?
GM: No, no, my suits were blue, just a little more color here and
there than you were used to see. I also wore a tie from time
to time and always a jacket. If you were automatically glamorous. “The Iranian Revolution was the first revolution without an ideology that functioned as a way to gain power. It was about becoming a free society again. The goal was liberty, independence, the Islamic Republic. We wanted an Islamic discourse about liberty. What it means that a people finds itself in one unifying pacifistic movement, which succeeds in changing a regime. But once the revolution was finished, once the Shah’s regime was overthrown, the power struggle began. This power struggle is the reason why we did not succeed in building a democratic state.” 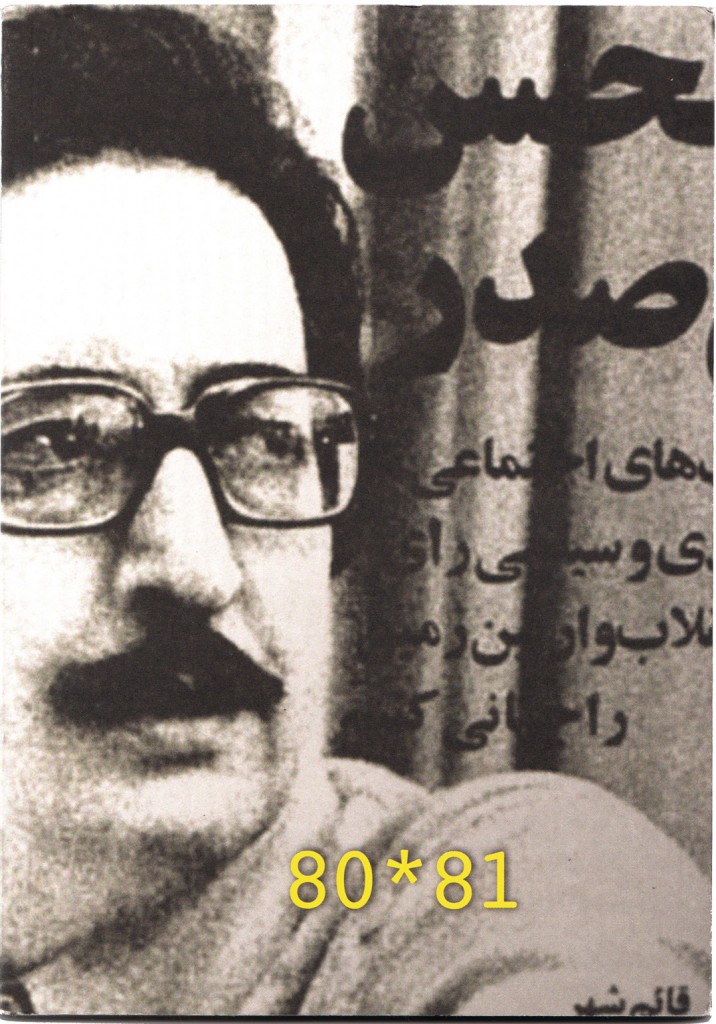